Jazz Singers of Then and Now: How The Classic Genre Has Evolved

Jazz Singers of Then and Now: How The Classic Genre Has Evolved 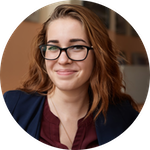 The music genre that is jazz is one has been steadfast over the years. Most people associate jazz with the music itself, but there are many influential and legendary jazz singers that have made a large impact in singers throughout history. I love their sound and how they sing with soul and true conviction.

That being said, jazz has definitely changed over the years, from the great artists we know from back then to the fresh faces of jazz, now bringing new life to its roots. I’ve taken a closer look at some of the jazz singers from then and now to see just how much the genre has truly changed.

One of my idols, Nina Simone (1933 – 2003) was an American singer, songwriter, pianist, arranger, and activist in the Civil Rights Movement. She is known in the jazz world as the “High Priestess of Soul,” a very appropriate name for her sound. She was also inducted into the Rock & Roll Hall of Fame. Nina is well-known for having the ability to make her songs sound as though she was singing straight from the depths of her soul, evoking strong feeling and emotion with her soul-singing.

There are numerous other incredible and impactful jazz singers from that same era, with a sound that featured a lot of blues and ragtime influences, including Billy Eckstine (1914-1993), Oscar Brown Jr. (1926-2005), and June Christy (1925-1990), cascading us with sonorous tones and croons. Tracy Reina from ‘Music to your Home’ says “these jazz artists provided us with subtle vibratos and deep-rooted feelings, and the others we know well including Sinatra, Fitzgerald, and King Cole gave us silky vocals with a smooth delivery. These jazz masters were able to do both uptempo songs and ballads effortlessly.”

What started as a more Dixieland era focusing on the ragtime music, later moved onto the Swing era. There were more upbeat rhythmic songs, with influential artists like Billie Holiday, Louis Armstrong and Count Basie were singing with the “Big Band” music.

In the latter part of the 1950s,  jazz evolved to the Bop (or BeBop) era.  Bebop was characterized through improvisation, fast tempos, and complex harmonies. There were great singers like Ella Fitzgerald, who made her staple with what were ‘nonsense’ lyrics (known as scat singing), and what others dubbed as “modern jazz.” Crooning was also popular during this time, so Frank Sinatra made his mark here. Betty Carter was another icon within the era, demonstrating her vocal talent and imaginative interpretation of lyrics and melodies.

The next era was Avant Garde or “Free” Jazz around the 1960s, where Miles Davis and his trumpet, and John Coltrane’s saxophone became true legends in jazz music. Fitzgerald, Carter, and Armstrong were still singing strong during this time, becoming well-known in the history of jazz singers.

There was a time when jazz had its groove going on in the 1970s but that seemed quite short-lived. It was called the Fusion era because it involved electric instruments being introduced into the jazz world of trumpets and saxophones, giving the sound a definite “funky” feeling.

The crooning that keeps jazz alive today is found artists like Michael Bublé and Harry Connick Jr. Other newer jazz singers include the noticeable the sultry tone of Diana Krall (who sings with Tony Bennett) and powerhouse commanding tone of Lady Gaga (yes, she sings jazz!) all proving that the genre is still alive and well. The sound of jazz music and singing has changed though.

Jazz singing has become less improvisational than it used to be since there are fewer concerts or live performances featuring the legendary scat singers, and scatting isn’t viewed so much as talent as it was back then.

This new age era, known as Contemporary Jazz, or what I just call today’s jazz, has developed greatly. Utilizing digital musical technology allows producers to manipulate and stir sounds together within jazz to create very innovative and different sounds to the music. Mixing jazz with other genres has also become more common in today’s world and the experimentation with designing the sound has evolved greatly.

Today’s jazz features singers with very diverse styles so it’s hard to label jazz music as any one particular or specific sound. There are still many resources that go into the rich history where you can hear amazing jazz artists, many of whom are mentioned here.

You need to be logged in to see your course progress.
Go to Top